Men, are likely to do this very early on while getting to know a woman. Whether it’s taking her out on a date or scrolling through her pictures on Instagram, he’s fantasizing about having sex with her at least 50 times in his head. In my own personal experience, I have explicitly told a guy that I don’t believe in hooking up right away, and he will still try to pull a move on me. What happens is that men become so blinded by sexual fantasy  that words will go in one ear and out the other, and they will do and say just about anything to make that fantasy a reality.

For women, we emotionally masturbate a bit differently. Instead of fantasizing about hooking up with the guy we like, women will fantasize about how well her name will go with his last name, how much her parents will love him when she brings him over for Thanksgiving, or him sending her chocolates to her work. Shit like that. What this does is set us up for failure because we are creating high and unrealistic expectations for someone we hardly know. Women are easily swayed by words and charm, and it is not difficult for women to fall into that trap of fantasizing.

We think about many different topics and situations in one day, but when we meet someone new the thought of them consumes us and makes us act out of character.  Under the influence of love chemicals (Oxytocin), the brain overflows with “what ifs” and odd conditional situations. Both men and women set themselves up for disappointment when this happens. When you indulge in a fantasy, you are blind to the other persons flaws. You paint a picture in your head of how amazing and perfect they are, and you overlook critical information, red flags and warning signals.

I for one am extremely guilty of this. If you take a look at my list of exes (which consists of about 2.5), you would literally scratch your head and ask how and why?

I made excuses for their behavior. Turned the other cheek when I was uncomfortable with what they did or said. Asked for advice but not really take it, rather seeking validation for my feelings. I stayed when I should’ve walked away. I ignored all the red flags because I wanted to be loved so badly.

Here’s an example of how I let my fantasies blind side me:

During this time about 2 years ago, I started dating someone new. Almost everyone warned me about him and I chose not to listen because I was infatuated with his charm, smile, blah blah blah. One month into our relationship, on Christmas I decided to give him a simple gift bag of his favorite things: candy and a gift card to the movies. He didn’t get me anything, but I dismissed that in hopes he would do something for my birthday that was coming up in a couple of weeks. My birthday comes around, and he asks me what I wanted. All I wanted was pink roses. He later calls me during my birthday dinner with my girlfriend and says he’s going to take me out. I finish my meal and rush home to get ready. When he picks me up, I get in the car and I notice he’s in sweats. He then proceeds to tell me that we’re going to the movies… I wasn’t annoyed, because I was just happy to see him. We’re going to the box office and he picks the movie without asking me what I’d like to see and then I see him pull out of his wallet the exact same gift card that I had given him for Christmas. My jaw dropped. He put no thought or effort into my special day, and I didn’t say anything even though I wanted to cry. All I wanted was pink roses.

Having only known this guy for barely 2 months, I was already filling my brain with so much hope that that I’d see him as the person I wanted him to be and I’d miss the human standing right in front of me. I was easily misled by his behavior because, in the early stages of dating, we tend to put out the best versions of ourselves, and it’s not till later on that we reveal our flaws.

By getting excited too early on, you end up frustrating yourself and whomever you like. Getting carried away with trying to predict the future with someone you barely know will cause you to become overly emotional and act out on an impulse (act crazy).

For instance, I’ve had guys blow up my phone with angry text messages about a novel long when I politely say I’m not interested in pursuing further. Why did they act this way? Well, because after a date or two, they got their hopes up and it went through the roof. Now, their emotions just went through a big roller coaster drop, and left with the feelings of disappointment and rejection.

The feeling of anxiety of the unknown of what will happen between you and the person you like is all a test.

Master controlling your thoughts, and you’ll avoid a great deal of disappointment.

*For more on this topic purchase this book: https://www.barnesandnoble.com/w/i-had-a-nice-time-and-other-lies-the-betches/1122259642 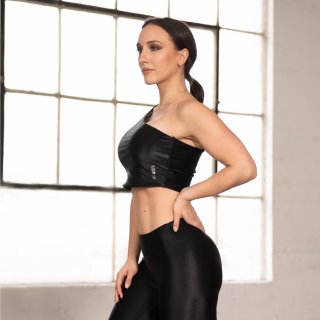